I am seriously cold all the time.

My husband will attest to this. And tell you how I wear a sweater on all but the very hottest Michigan summer day. Which means that winters are particularly challenging. And that I reveled in last month’s record-breaking warm temps!

But Michigan is not supposed to be that warm in December!

Climate change is here. And it’s having very real effects on crops worldwide, including in Assam.

Planting Tea Plantations—But Not with Tea?

In an earlier post I wrote about NASA’s initiative that seeks to help farmers in the Assam region maximize irrigation efforts and the Tocklai Tea Research Institute’s ongoing studies to smartly use resources while sustaining tea production.

That all sounds very academic and science-y, but a recent article in the Economic Times drives home some very real ramifications of climate issues, with the Indian Tea Association calling for alternative crops to be grown on currently vacant land within tea plantations.

What? Not grow tea on the tea plantations?

Why Would They Do This?

With its tropical monsoon rainforest climate and production of lowland tea, Assam is particularly susceptible to temperature increases. However, new studies are showing that precipitation has a greater impact on tea than does temperature—and Assam has been experiencing changes in the monsoon as well as periods of drought. The tea industry’s viability, then, is intertwined with increasingly unpredictable rainfall.

Tea plantations are a long-term investment, with tea plants taking several years to mature and then producing for decades. Further, because tea production is done by hand and is not mechanized, many people are involved—around two million in Assam alone. Therefore, when the effects of climate change result in less tea, and/or lower-quality tea, the economy suffers. The economies of both Assam and India, as Assam produces 50% of India’s tea. 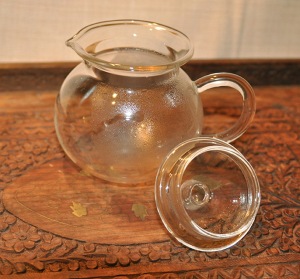 “Broad-scale climate-landscape modelling indicates that tea yields in north-east India are expected to decline by up to 40 per cent by 2050. As yield is directly associated with revenue, changing climate is also likely to impact economic structures of those reliant on tea” (teaclimate.com).

The University of Southampton and the Tea Research Association have teamed up to study Assam’s environment, regional climate, and agricultural practices. Their aim is to learn how these factors can be handled to ensure the well-being of those who currently depend on the tea industry for their livelihoods. Or as the project puts it: “Determining the role of tea in a climate-smart landscape to facilitate sustainable, food-secure and climate-resilient livelihoods” (Teaclimate.com).

They are asking questions:

Are tea plants resilient in the face of a changing environment? Is tea the best crop in light of the vulnerability of the people involved in the tea industry? Is tea sustainable, and are there “best practice strategies [that can be transferred] to new-world commercial and smallholder tea ventures” (Teaclimate.com)?

Other researchers are using different but related tactics to  find solutions. Propagating tea plants by cloning is faster than conventional methods, so if drought tolerant strains could be identified, those could be selected. A team of scientists have done groundwork on deciphering the genetic linkage map of Indian tea and the drought tolerance locus. Eventually they hope to understand the genetics well enough to molecularly breed drought tolerant plants (Bali et al, 2015).

Ultimately, the solution will probably be a combination of tactics: identifying those tea plants that are more drought resistant, using smarter techniques such as better-targeted irrigation, diversifying crops in the Assam region so that risk is spread out, among others.

And although Assam tea is beloved worldwide—and is certainly one of my own favorites—the goal must be first to ensure the sustainability of the people who live in Assam. Hopefully, Assam’s distinct tea will continue to be part of that solution.

One thought on “Assam Tea At Risk? Climate Change Threatens”