When our daughter was very young, we were at a very nice restaurant, and calamity was very near: we told her she would be drinking water and not a soft drink.

But our server adroitly intervened, asking if she would instead like “H2O on the rocks.”

Would she ever! When it arrived, complete with maraschino cherry on a cocktail sword, she was enchanted.

June is National Iced Tea Month. A marketing ploy by the National Tea Council? Well, sure. But with summer’s heat upon us, anything tastes better on the rocks. And tea is especially refreshing and delicious (and if you don’t add sugar, pretty much calorie free) when iced!

But to make iced tea, you gotta have the rocks.

Although natural ice and snow have been used for millennia to cool drinks (mainly wine), people also spent much of that time seeking ways to refine the process, building various types of structures to preserve ice and snow, for example.

And experimenting with how to artificially make ice.

Because, of course, chilled wine is ever so much more desirable when the weather is sweltering.

The Cool Factor of Saltpetre Discovered and then Lost

Both the ancient Greeks and the ancient Romans, of the upper classes, used this white powder, dissolved in water, to cool their wines. It was an expensive commodity, fairly rare and difficult to find, and its use appears to have been limited only to the cooling of bottles of wine at important dinners. Though they were aware of the refrigerant capabilities of saltpetre, the Romans never seem to have used it to cool any other provisions or food stuffs. There were a number of chilled dishes on the menu at Roman banquets, but stored snow or ice was used to cool them. The knowledge of the cooling properties of saltpetre was lost in Europe after the fall of the Roman Empire. . . . However, it was known in the Arab world and was recorded in several Arabic manuscripts.

And Then Rediscovered by Europeans 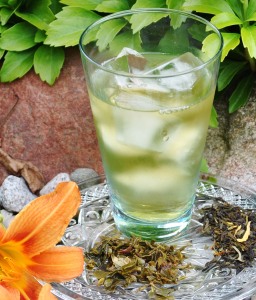 In 1530, Dr. Marcus Antonius Zimara referred to using saltpeter as a cooling agent, and in 1550, physician Blasius Villafranca promoted its use to chill water and wine, “declaring that all the nobility and gentry of Rome now used the method” (David 1994).

Centuries later (in 1847), with the more altruistic motive of treating yellow fever, Florida physician John Gorrie developed a machine that both made ice and cooled air. Patented in 1851, the device didn’t succeed—especially with the press deriding the invention (create ice? blasphemous!).

However, a scant two decades later, mechanical refrigeration enabled the 1875 and 1876 shipments of frozen meat from America to England, followed by a shipment from Australia in 1880 that used a Bell-Coleman cold-air machine (Wallis-Tayler 1902). And ice harvesting from frozen ponds soon became a thing of the past.

And the Desire for the Perfect Block of Ice, Be It Small or Large 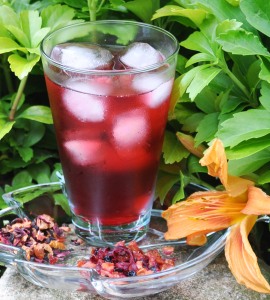 By 1902, Wallis-Taylor wrote an entire book that described the ways in which artificial ice could be commercially manufactured—and opined that the opacity often found in ice was “objectionable by reason of the less pleasing appearance,” with the goal being “clear, transparent, crystal ice.”

Soon after, in 1914, Fred Wolf developed an unsuccessful refrigerator that had an ice cube tray, but in 1933, Guy Tinkham’s ice cube tray for home use finally made it to the market, selling for fifty cents.

Today, with revived interest in classic cocktails, there is a new demand for “clear, transparent” ice, but in sizes to match specific cocktails. Such ice can be made by freezing water slowly; by freezing ice from the top down and using only the clear top layer; or by using a machine such as the Clinebell, which makes 300-pound blocks. The clear ice is then cut into specific sizes and shapes.

Tea on the Rocks

At my home, the opacity or clearness of my ice cubes makes little difference. From classic black to refreshing green to icy mint to tangy fruit blend—any tea is terrific when on the rocks!

One thought on “H2O on the Rocks”