When we think simply “tea,” Ceylon may well be what we are envisioning:

But there’s also Green Ceylon that begs to be tried!

And yes, it’s a green tea and it’s a Ceylon.

Its verdant and long, slightly needle-like leaves yield an infusion that is warm yellow, with a hint of orange. 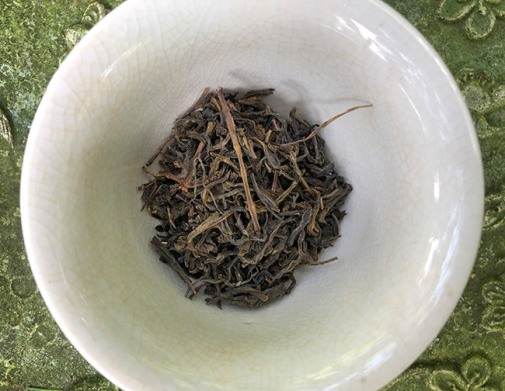 The aroma is slightly starchy with a touch of citrus. Neither too grassy nor too smoky, its bright vegetal liquor is light and refreshing. 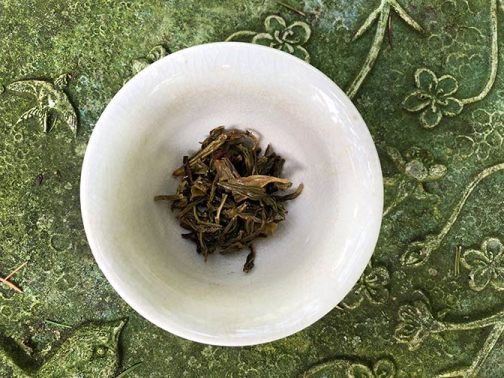 The Green Ceylon shown here (available at TeaHaus) hails from a small tea plantation in Sri Lanka’s Uva District, which is located inland, near the island’s southern end. 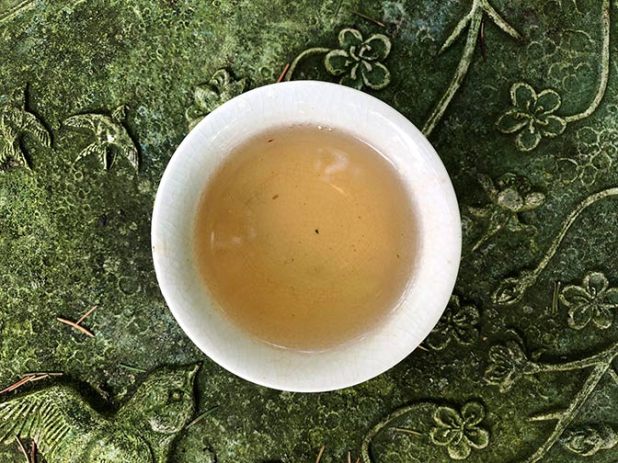 Sri Lanka: From Coffee to Tea

Although most tea in Sri Lanka is now the assamica variety, some gardens still use the Chinese variety, the original China seedlings having been planted in Sri Lanka by Maurice Worms in 1842.

At that time, this lovely island—deemed the “Pearl of the Indian Ocean”—was a coffee-producing country whose estates were largely owned by the British. They called the country Ceylon, a transliteration of the Dutch name Ceilao (the Dutch preceded the Brits, growing cinnamon on the island). 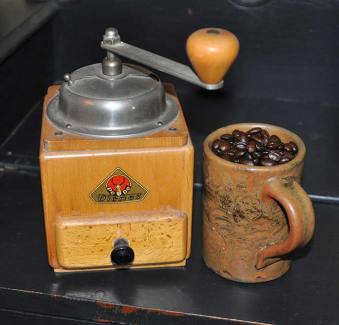 While the coffee industry spurred development in the country, profits were sometimes elusive.

With a coffee glut in the early 1860s, the Planters Association of Ceylon did some research. Although tea was already being grown on the island, it wasn’t being produced commercially, so the Association sent a coffee planter to Assam, India, where the tea industry was thriving.

James Taylor (not the singer-songwriter) Enters In

So in 1867, James Taylor, himself a transplant (from Scotland), put in 20 acres of tea from seed acquired from the Peradeniya Botanical Gardens.

The plants readily took to their environment, and Taylor—with help from an Assam tea planter and much experimentation—learned how to turn the leaves into a high-quality finished product. He was soon producing tea comparable to that of Assam.

This move from coffee to tea production was pretty bold because in 1877, 94% of Ceylon’s cultivated land was still planted in coffee—but it was also an incredibly prescient decision. In the early 1880s, coffee rust obliterated that industry. 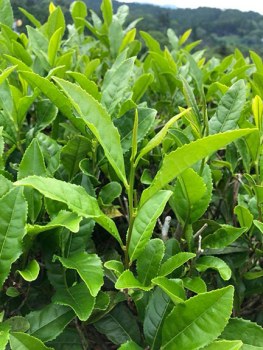 So . . . with coffee plants dead, tea plants flourishing, and European tea consumption on the rise, growers quickly turned to tea.

However, those who had suffered a total loss in coffee could ill afford the more costly tea plants. Filling that need, an enterprising coffee grower began growing tea plants within the country and then sold seed to Ceylon planters.

Another Reason Why It Worked

The country was well suited for tea. Tea could be harvested year-round and the mountainous terrain resulted in a range of teas with unique qualities:

And of course there was Thomas Lipton, who aggressively and very effectively advertised Ceylon tea.

After a long span of colonialism, Ceylon became independent in 1948 and changed its name to Sri Lanka in 1972 when it became a republic. Its tea, however, is still known as Ceylon, and many consider James Taylor the father of Ceylon tea.

This tiny country has had a tumultuous history, in part due to its complicated tea industry, and only recently has found some measure of peace. . . . perhaps ironically, a cup of tea now exemplifies calmness and peace. . . .