If you wander around upstate New York long enough, you’re bound to come across remnants of its extensive canal system.

The Erie Canal, begun in 1817, was an engineering sensation, designed by two engineers that didn’t have much experience and requiring eighteen aqueducts and eighty-some locks (or lift locks).

The canal boats were pulled down the canal, primarily by mules. A towpath ran alongside the canal. 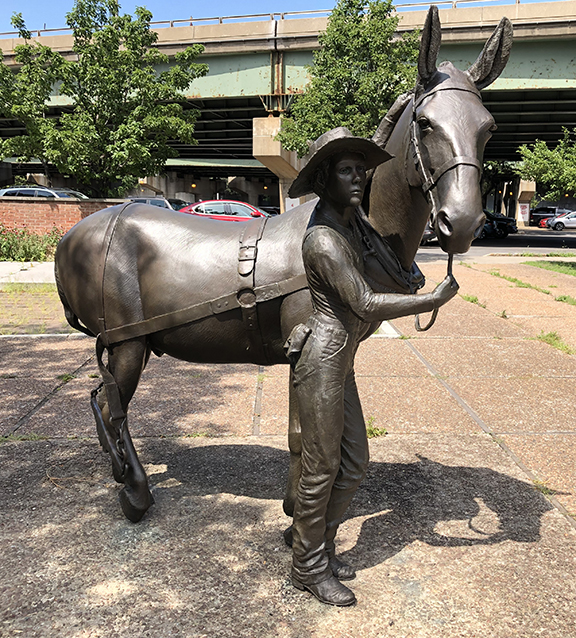 And in the first years, there were tolls, which meant actually weighing each boat at a weighlock, like the 1850 Greek Revival building shown here, as it appeared in use and today as a museum. Located in Syracuse, it’s the only surviving weighlock in the U.S.

Featuring engaging and well-executed exhibits, the Erie Canal Museum is a terrific way to spend an afternoon and to learn about this fascinating part of our country’s history. 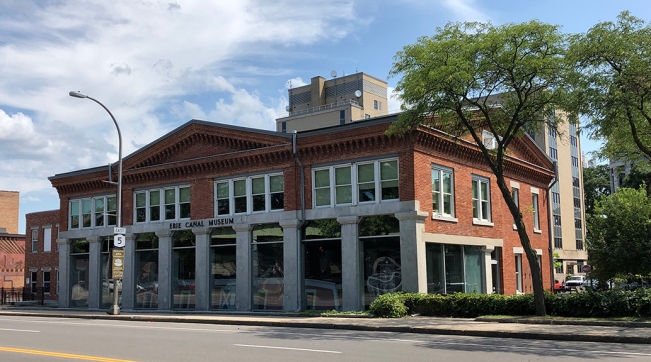 And if you’re wondering what on earth this has to do with tea, it turns out that there is a connection!

To maintain all those lift locks and weighlocks, there were locktenders.

According to the museum, a locktender did far more than take care of the lock:

The locktender was the communication link for people and progress, especially Europeans coming to America and travelling to establish lives in the mid-West. He was the nearest contact for passengers, as a source of fresh fruits and vegetables, flowers and herbs, and exchange of information.*

Herbs were valued for several reasons. 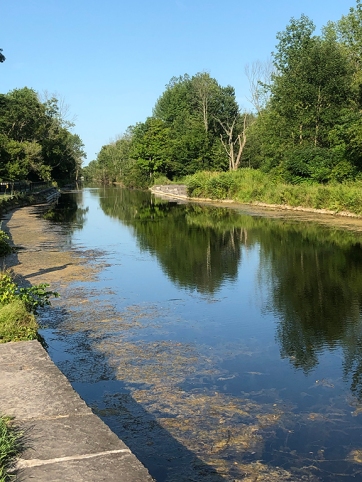 Lavender sweetened the air in the close quarters of the canal boat, and teas such as chamomile or peppermint settled stomachs. Bee balm, native to America, had long been used medicinally and was known as Oswego tea, with its flowers and leaves both edible.

And for travelers along the canal, the locktender may be their only source for treatment of minor ailments that cropped up during the trip.

At the museum, we walked through their example of a locktender’s garden, and in the small gift store picked up some Locktender’s Tea, an aromatic blend of peppermint, spearmint, savory, lavender, and marjoram.

All of these herbs are actually part of the mint family, although I tend to think of peppermint and spearmint as being quite distinct from the very floral lavender and what I generally consider cooking herbs (savory and marjoram). But according to the tea’s label, these were all “favorite herbs of the ‘Old Canal.'”

The nice thing about most herbal tisanes is that you can add boiling water to them and walk off and leave them, which is what I did (no brewing instructions were provided, which might be a problem for those new to tea).

They won’t become bitter and can’t be over-brewed; you just want to make sure that you don’t under-brew them. Unfussy herbal teas would’ve been perfect for brewing in the less-than-ideal conditions while on the canal.

This Locktender’s Tea yielded a yellow-brown cup with an aroma that matched its ingredients: clean mint first, followed by the savory and floral notes.

The flavor was also no surprise, with the strong mint on a savory base, along with that touch of floral.

Mint was a natural for travelers with its longtime use for relieving gastrointestinal issues and headaches. Today there is even some indication that having mint before an exam helps, both for stress and for mental clarity.

Likewise, lavender has many similar effects, and apparently also plays a role in promoting sleep. Savory coats sore throats, plus contains thymol, which has antiseptic, antibacterial, and antifungal properties. And marjoram, too, helps with gastrointestinal problems.

All of these would be valuable benefits. And when you explore the museum’s full-size replica of a canal boat, you can especially appreciate the use of herbs, both to ingest and as an air freshener!

So although I enjoyed this herbal blend when I returned to my own home and garden, I can imagine how soothing it would have been while traveling along the Erie Canal—an improvement at the time over ground transportation but still prone to rough water (queasiness), annoying fellow travelers (headache), bad weather (confined to the boat’s cabin along with everyone else), and normal travel stress! 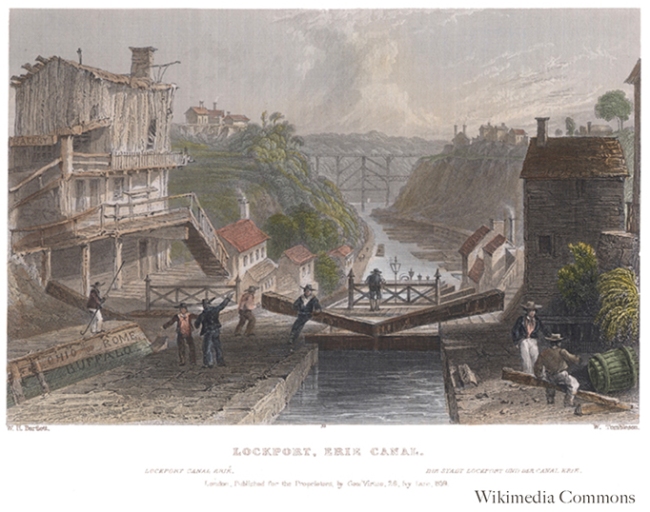 4 thoughts on “Tea on the Road: The Erie Canal and Locktender’s Tea”