As we navigate new social norms, hoping to prevent infection spikes, and as economies look to recover, it’s time to revisit the tea industry. There’s both good and bad news, although for India, there’s far more bad than good news, even now.

In Uji, Kyoto Prefecture, although the tea festival that kicks off the new season was canceled due to the coronavirus, things are pretty much on track because harvesting begins in May. Although Japan does produce single-origin teas, most Japanese teas are blended, using tea from various gardens as well as tea from the previous year, ensuring that each type of tea is very similar from year to year. The blends typically aren’t released until later in the year, into the autumn months, so the virus isn’t expected to impact production much.

However, according to Sazen Tea, this year there will be little hand-picked tea. If machinery can operate in the garden, then that is how the tea will be harvested so as to minimize COVID-19 risks. It’s only in gardens in which machinery isn’t possible, such as in more mountainous areas, that hand picking will be allowed.

Zhejiang Province, a major tea production base in east China, has adopted big data to accurately forecast the proper time for harvesting tea leaves to mitigate the impact of labor shortage caused by the epidemic.

Although the virus struck China before tea harvests commenced, it impacted mobility in the country, including that of migrant workers.

Since the country’s tea industry is projected to bring in some $90 million (USD), they are doing all they can to mitigate damages, including moving to e-commerce, with the China Tea Marketing Association launching “an online platform for local governments to recommend tea enterprises and farmers to trade and make sales online” (Songwanich 3/16/20).

Sri Lanka has had lowered production across all tea types (Daily FT 5/4/20):

And although harvesting continues, ancillary procedures such as packaging aren’t fully operational (Ratcliffe and Piyari 5/7/20). To make things worse, many plantations are currently experiencing drought, although this month’s anticipated rain will increase yield, or so it’s hoped.

The Colombo auction, which was moved to an online platform due to the pandemic, has been operational, although the amount of tea exported has fallen. But since Turkey is one of the country’s main importers, decreased production in Turkey (see below) may mean they will need to import more tea from Sri Lanka.

Fifty percent of tea workers are allowed in West Bengel‘s gardens at this time, and tea stalls in Tamil Nadu are now able to open and sell packages of tea but can’t yet brew tea or coffee.

In Assam, some gardens are fully operational, allowed since May 8, but most are currently operating with a reduced workforce as planters remain apprehensive about having all their employees working together. There’s also added risk because many of their workers are returning from other areas of the country. Either way, workers are spaced apart from each other while they pluck leaves.

Chief Minister Sonowal is standing behind the 2020–2021 budget that will partly subsidize orthodox tea, suspend the agricultural income tax, and provide subventions for loans (Karmakar 5/11/20). Still, small growers are in much worse shape than Assam’s large estates even though they generally produce half of the region’s total tea. The shutdown meant tea leaves weren’t harvested—some 64 million kilograms of leaves—causing a huge monetary loss. The president of All Assam Small Tea Growers Association said that over 40% of workers “are in grave condition and they need help urgently” (The Hindu 5/14/20).

As of May 5, most but not all the tea estates in Darjeeling have resumed operations, but with only a quarter of their workers. After losing nearly all the first flush, which generally accounts for over a third of the year’s profits, the region is currently trying to export its second-flush teas—but first must send tea samples to buyers, which is difficult because international couriers are still partially shut down. Still, Iran has placed orders, thus causing an orthodox tea price increase from last year (Ghosal 5/5/20).

The Tea Board anticipates that things will improve as the year progresses, but it’s estimated that 100–200 million kilograms of tea were lost during the lockdown (Economic Times 5/12/20). Neighboring Nepal, of course, is in a similar situation.

The world’s fifth largest exporter of tea, Vietnam’s tea exports have declined just 2.5% in volume so far (Ratcliffe and Piyari 5/7/20).

Although there were disruptions to the auctions, Kenya has been exporting tea, 32% of it to Pakistan. And while total export volume for January–March was lower this year compared to last year, production in March was over double that of March 2019, largely due to good weather conditions (Market Watch 5/4/20). Kenya also has an advantage in that it can produce tea year-round.

Most of Turkey’s tea remains in the country since Turks are prolific tea drinkers (3.5 kilos/person), with state-owned Çaykur supplying well over half of that tea. The impact of COVID-19 on the country’s tea industry, therefore, could be monumental for Turkish consumers, with the virus affecting the industry in multiple areas:

All agree that people want tea as much as ever. Getting that tea out of the garden and to the consumer, however, remains challenging.

According to CNN Business, around half of all air cargo goes via passenger planes, but right now, only 5% of passenger flights are taking place. Shipping companies, therefore, are filling their cargo planes, with some supplementing with freighter jets.

have started . . . flying dozens of cargo-only flights, some with goods stuffed into overhead bins as well as the plane’s cargo hold. . . . A few foreign carriers have even strapped packages to seats or removed seating to make room for more cargo. (Wattles and Isidore 5/14/20)

Since passenger planes aren’t designed to be filled with cargo, loading them takes more time and effort. The fire detection system is also different, requiring someone to ride with the packages in the cabin.

These passenger plane-cargo flights help the airlines make a little money, but fall far short of offsetting the loss of passengers. And there still isn’t enough cargo space so transportation costs have increased 30% to 4X more, a problem if you’re a small business owner relying on goods from overseas (like tea).

Transporting cargo by ship has also been hit, with many cuts as lockdowns continue and retail businesses remain largely closed.

Several high-capacity strings will be withdrawn entirely for the 2nd quarter . . . [and] no market segment will be spared, with capacity cuts announced across almost all key routes. (DHL 4/30/20)

In fact, routes that are the most affected will see capacity reduced by 30%.

Tea producers and and transportation companies are doing all they can, with what’s available to them, and within the requirements imposed by this deadly virus. Much of the world’s tea will still be produced. We might have to pay more for it, and we may have to be patient about getting it.

However, in light of the staggering losses felt by those essential workers who are transporting our goods, those workers who have no safety net and are harvesting our tea no matter what they feel about their personal health risks, those garden owners who are genuinely concerned about their employees and about keeping them both safe and paid—all the many who are part of this supply chain that brings us our cup of tea—we ought to be willing to pay more, appreciate more, thank more. 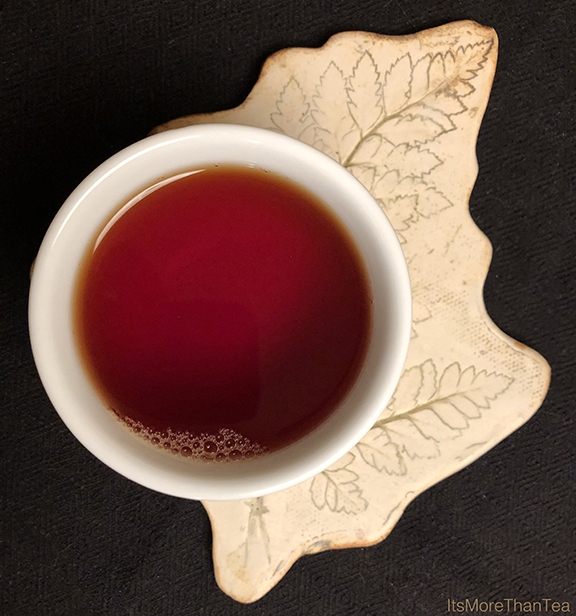