For mint lovers, a potent mint tea is a delight! That blast of coolness is like nothing else—so much so that it’s even hard to describe the experience of mint without using the word “mint”!

Native to many regions of the world, this herb has been valued for centuries for its heady scent and invigorating flavor. Mint was used medicinally, tossed into baths, consumed as beverage or food, and even used to whiten teeth.

Mint’s popularity ranks right up there with vanilla and citrus flavors, plus is one of the most common ingredients in herbal tea.

The Lamiaceae (formerly Labiatae) family includes 236 genera and over 7000 species. Varieties of mint (along with numerous other herbs such as basil, thyme, rosemary, sage, oregano, and catnip) belong to this large plant family.

Peppermint’s name refers to pepper, and the plant itself is a natural hybrid of water mint and spearmint (whose name refers to its projectile point-shaped flower spires).

Used in traditional medicine, some studies have indicated that the herb may have:

although the NIH (2020) unequivocally cautions that:

Therefore, it’s best to consider the herb a culinary treat rather than a cure for anything, at least at this point.

A type of spearmint is used for Moroccan mint tea. Called, appropriately, Moroccan mint, it’s also known as nana mint, curly mint, and Maghrebi mint (Maghreb, a region of north and northwestern Africa). With less menthol than peppermint, nana mint has an earthier, sweeter flavor, and is still grown primarily in the Mediterranean region.

As with peppermint, studies continue on the potential benefits of nana mint leaves and its essential oils. 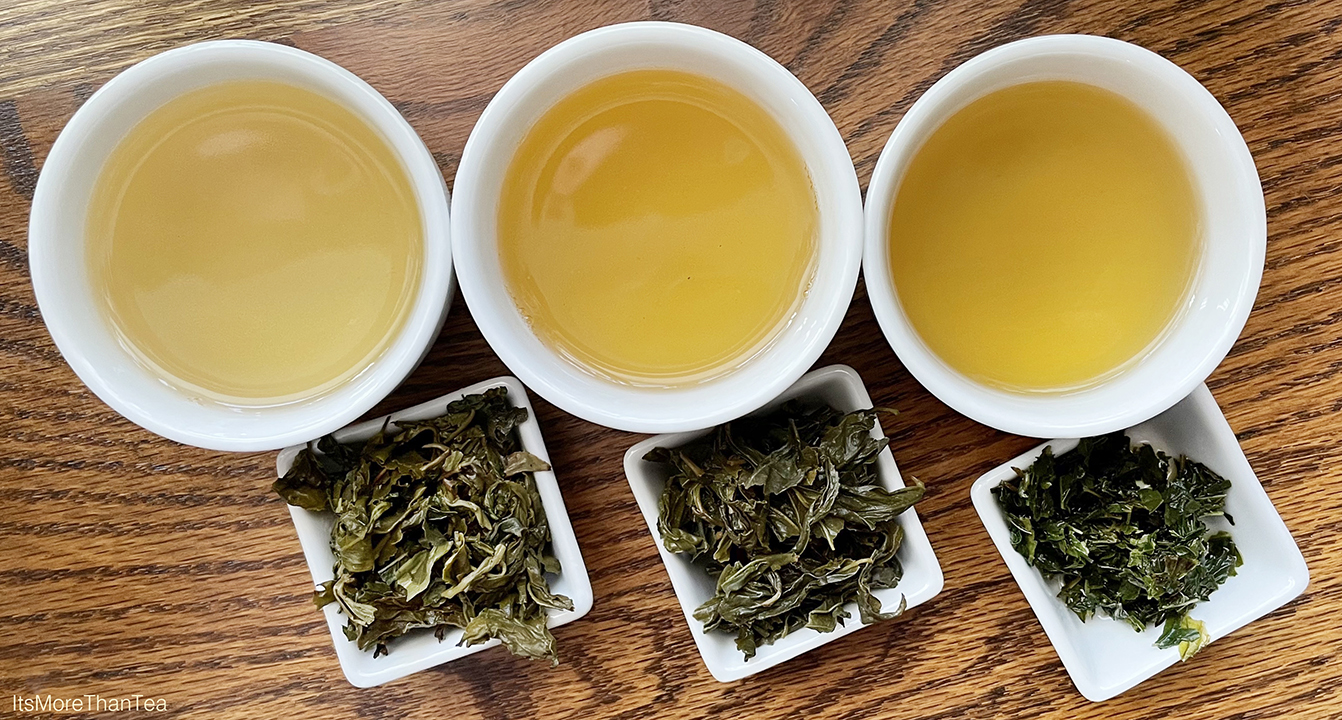 Why does mint gives us a physically cooling sensation?

That comes from the essential oil, menthol. When we ingest menthol, the molecule binds to a specific receptor on sensory neurons. This receptor normally responds to temperatures around 32 to 82°F, but when menthol hits it, the receptor responds in the same way. Calcium ions move in, triggering a message to the brain.

Whether a cooler temperature or menthol activates this response, the end result is the same message: “cool” (Cotton).

No wonder mint is so popular in the southern, sultry states of the U.S.—in the form of mint juleps—and in northwest Africa, where sweet mint tea is embedded in the culture. Mint, in fact, means hospitality in many regions (think “hospitality mint”).

As anyone who has planted a mint plant knows, it grows readily and will happily take over an entire garden bed.

Still, for commercial use in the United States, 19th-century farmers needed to maximize both yield and profits, so over the years tried various things—like stretching distilled peppermint oil by adding turpentine, alcohol, or fireweed (Schaetzl)!

They also found that mint did particularly well when grown in Michigan mucks. Composed of organic matter, mucks (think peat or bogs) retain so much water that for mint fields, drainage ditches were needed to control the water level so that the plants didn’t drown.

By the turn of the 20th century, “90% of the world’s supply of mint oil came from an area within a 90-mile radius of Kalamazoo [Michigan],” meeting the high demand for mint-flavored gum and toothpaste (Schaetzl).

In the 1970s, verticillium wilt pretty much decimated Michigan’s commercial operations. Today, the Pacific Northwest supplies most of the peppermint although Michigan continues to be one of the primary spearmint suppliers in the U.S.

Tea apparently was introduced to Morocco in the 1700s as trade between Asia, Africa, and Europe grew. By the 1800s, China green gunpowder and Young Hyson teas were being imported into the country.

At the time that tea was introduced, Moroccans were already consuming brewed mint leaves medicinally. They also were drinking coffee, both socially and in their own homes. According to Sudakov (2005:11), these traditions easily led to that of mint tea:

Many rituals exist to this day regarding coffee in particular, including the practice of reading coffee grinds to predict the future, which is a practice originating in Turkey. Based upon this assumption, the adaptation of the British method of drinking tea with sugar seems a natural progression, particularly when the digestive benefits of green tea is taken into account. The Moroccans took the technique and added their own twist, developing the national beverage of the country. 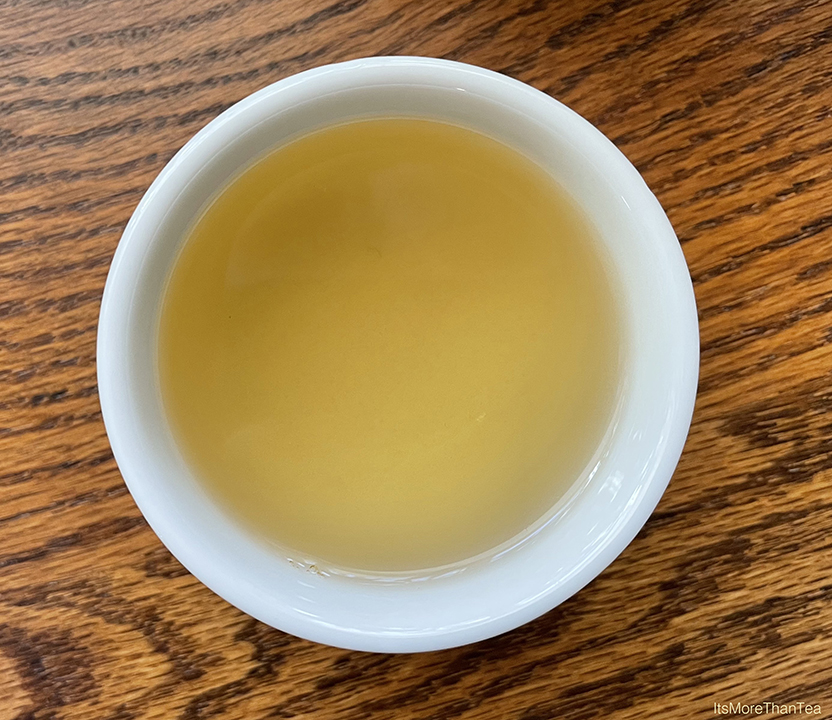 Moroccan mint tea is traditionally made in a silver teapot and then poured out while holding the teapot high above the glass. This both cools and froths the tea. The sweet brew—made of green gunpowder tea, mint leaves, and sugar—is served in beautifully decorated glasses. Because nana mint itself has a slightly sweet flavor, it’s ideal for this version of mint tea. 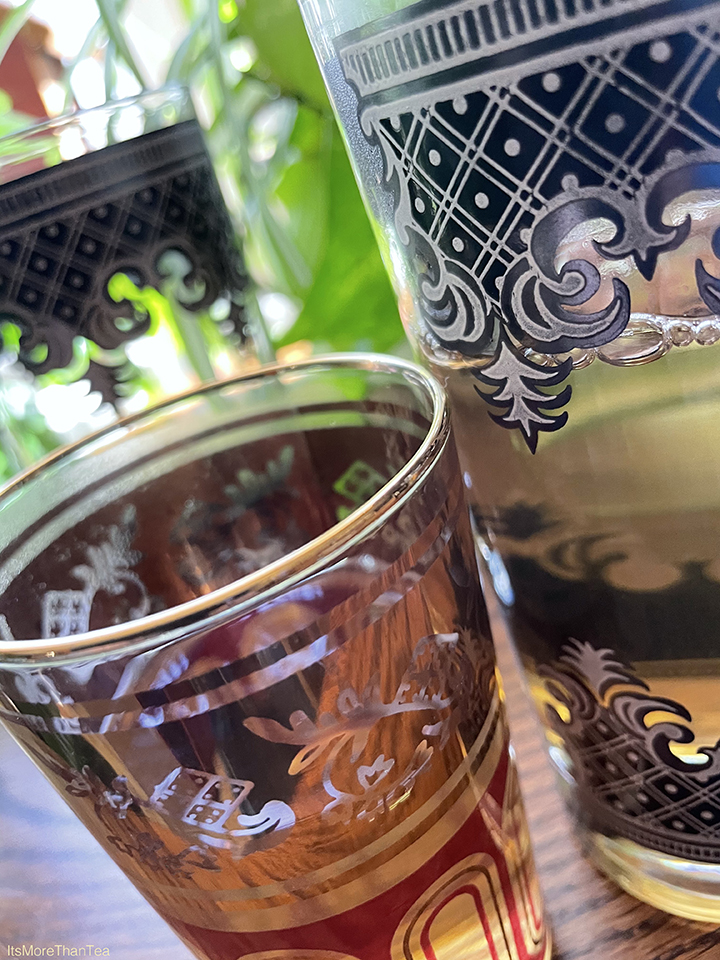 Sweet mint tea is also enjoyed by the Touareg (or Toureg) people. Touareg nomads once controlled the trade routes through the Sahara, and their descendants still live mostly in the Sahara area. The source of the word Touareg has been debated, with some asserting that it comes from targa, which refers to a valley in the Fezzan area of Libya. Today, the word also refers to mint tea.

However, the Touareg, like others in this region of the world, drink sweetened tea made with nana mint. The name Le Taouareg mint tea, then, is a bit misleading in that regard.

But if you love intense mint, this version of mint tea doesn’t disappoint. Made with Chinese green gunpowder, like Moroccan mint tea, it doesn’t include nana mint but instead uses natural peppermint oil to flavor the tea leaves. Distilled from peppermint leaves, the oil is potent, clean, crisp, invigorating—giving this tea its delightful iciness! 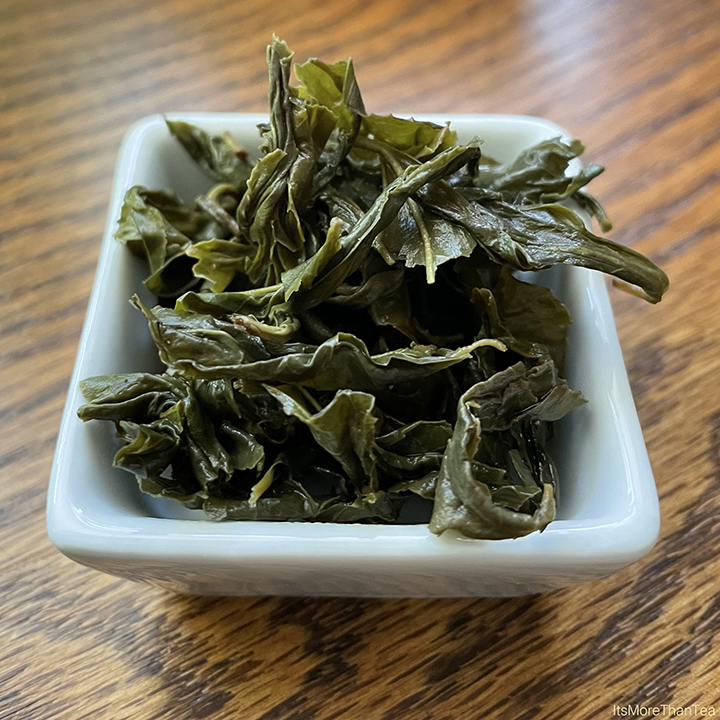 And of course mint leaves alone make a terrific naturally caffeine-free herbal brew. If you grow your own mint, just brew fresh leaves in boiling water for 10 minutes (or more), or throw in some lemon balm leaves with the mint.

Any type of mint leaves will make a great tea, and you can do your own comparison if you have several types of mint. You’ll notice that the degree of menthol varies, along with the degree of herbaceous flavor. Peppermint provides a smooth, clean, flavor, whereas spearmint has less of the cooling effect and more of the earthy, sweet, profile.

You can dry your own mint leaves by hanging cut stems upside-down in a dark, dry place. When the leaves are completely dry, remove them from the stems and store them in a container that protects from air, light, humidity, and strong odors.

Mint teas brew up into a beautiful yellow cup, varying in intensity depending on the tea. Below is peppermint herbal tea. 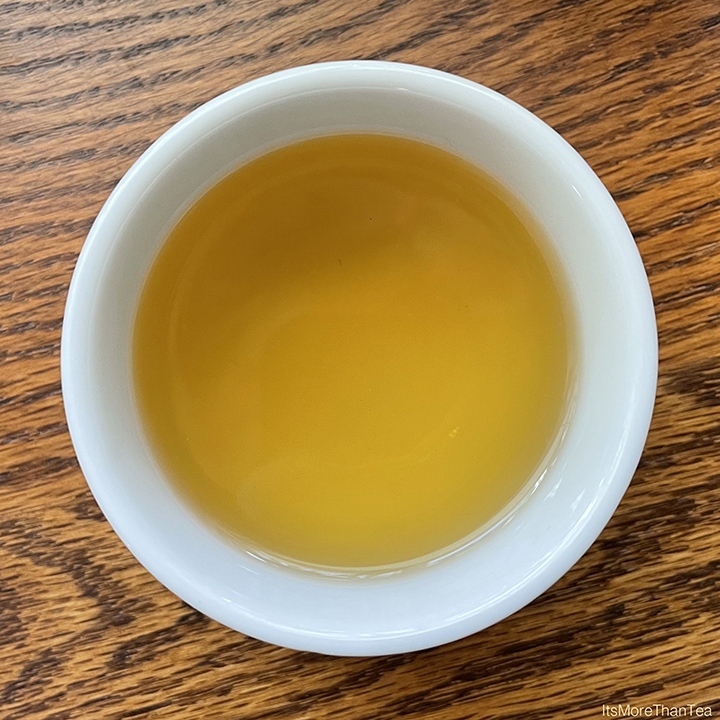 No matter how you make and serve your mint tea, it’s a symbol of hospitality and community—regardless whether we drink it together on Zoom, social distanced on a porch, or within our household!